The Hollywoodization of the Hacker: Lessons From Mr. Robot 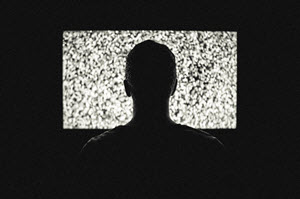 Current shows like Silicon Valley and Mr. Robot and movies like Blackhat have brought hackers into the ranks of pop culture’s most popular protagonists. Until recently, hackers in movies have largely been represented as zany sidekicks or mysterious recluses. But now hackers, and especially vigilante white-hat hackers, are being portrayed like real life, albeit unlikely, superheroes. With audiences so invested in their digital lives, it is easy to see why this shift has occurred. Especially among the younger crowd, who are more digitally active than any previous generation, it makes sense that those with the ability to directly impact digital spaces have become the subject of fascination. TechCrunch argues that these stories have also become popular because viewers are more educated and curious about cybersecurity: “They are finally starting to understand that cyberattacks are real threats and that cybersecurity matters.”

Mr. Robot has been a particularly good example of this change in how Hollywood writers represent hackers. It’s unlike many of the movies and television shows that came before it because of its realism. The main character, Elliot, is a cyber security professional by day and vigilante hacker by night. He exploits his targets using the same methods we’re seeing today, like DDoS attacks, tapping into unsecured Wi-Fi networks, and social engineering where hackers trick victims into sharing their personal information. Elliot joins a group of vigilante hackers called “fsociety,” many of whom are in their early to mid-20s. fsociety’s age range matches the real life trend of hackers getting younger and younger, especially as executing attacks no longer requires years of experience or an advanced technical background. Our CIO, Adam Tyler, will be speaking more on that topic at SXSW this year.

To mitigate the risk and consequences of attacks like those seen in Mr. Robot, here are some of the security measures you can implement:

Do you watch Mr. Robot or any other show featuring hackers? Tell us your thoughts over on Twitter, Facebook, and LinkedIn.