The Real Cost of Identity Theft 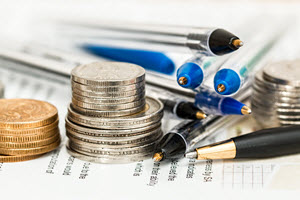 Unfortunately, identity theft can happen to anyone and has far-reaching consequences for its victims. According to the US Department of Justice (DOJ)’s most recent study, 17.6 million people in the US experience some form of identity theft each year. This includes activities such as fraudulent credit card transactions or personal information being used to open unauthorized accounts.

Beyond money lost, identity theft can negatively impact credit scores. While credit card companies detect a majority of credit card fraud cases, the rest can go undetected for extended periods of time. A criminal’s delinquent payments, cash loans, or even foreclosures slowly manifest into weakened credit scores. Victims often only discover the problem when they are denied for a loan or credit card application. Last year, CSID found that these types of fraud take the longest time to resolve.

Identity theft doesn’t just impact victims financially; it also often takes a significant emotional toll. A survey from the Identity Theft Research Center found that 69 percent felt fear for their personal financial security, and 65 percent felt rage or anger. And, almost 40 percent reported some sleep disruption. These feelings increased over time when victims were unable to settle the issue on their own, according to the report, which can result in problem as work or school, and add stress to relationships with friends and family.

Thankfully, consumers are getting smarter about the best ways to protect their information, like using monitoring services or following security best practices. How are you protecting yourself against identity theft? Join the conversation and stay up to date on the latest identity theft news by following CSID on Facebook, Twitter or LinkedIn.