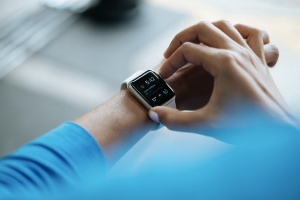 We’re just about a quarter of the way through 2016, and we’ve already seen some cybersecurity trends taking shape. We presented at South by Southwest Interactive earlier this month, participating in and engaging with some of the biggest technology conversations from around the world. If you missed any of our panels, be sure to check out our recent recap.

While we were excited to present, we were just as excited to attend some of the other sessions diving into the latest in this space at SXSW. The conference further stressed what we already know: There are plenty of things to keep an eye out for as we continue into 2016 and beyond.

The Balance of National Security and Consumer Privacy
Apple made headlines earlier this year in the wake of the San Bernardino tragedy, declining to build a new, custom version of its iOS to help unlock one of the shooters’ phones. This triggered a debate on consumer privacy in the name of national security, and during his SXSW Interactive keynote speech, President Barack Obama addressed the fine line between the two.

He wasn’t the only one. Passcode participated in a number of panels on the subject. In fact, cryptologist Matt Blaze suggested it’s a lot more complex than just security versus privacy. Encryption simply isn’t widespread enough – and isn’t 100 percent foolproof – to ensure complete consumer privacy. “We are in what can only be described charitably as a cybersecurity crisis,” Blaze said, stating that his field still has a long way to go.

Defining a Company’s Role in Society
While most tech enthusiasts applauded Apple for their steadfast stance, not everyone felt they were completely innocent. Stewart Baker, former general counsel for the National Security Agency, believes Apple “isn’t being socially responsible” on the subject of encryption. He went so far as to suggest that if a company is profiting from the privacy benefits it offers, then it should have to take on a portion of the costs in fighting crimes.

“How about letting victims of crimes that have not been solved because of encryption sue Apple for damages?” Baker said.

Blaze added that weakening encryption systems will actually hurt the government’s ability to pursue criminals. “It’s a fundamental problem of computing,” he said. “If those systems aren’t as strong, they’re easier to infiltrate.”

Companies nowhere near the size of Apple can still create a better security culture. “You can’t iterate the trust your users have in you,” said Heather West, senior policy manager at Mozilla during a SXSW talk. In essence, consumers are happy to give up more data if they feel secure in your presence, but if that trust ever disappears, it’s nearly impossible to get it back.

Staying Secure Among Robots and the Internet of Things
Writer Kevin Kelly spoke at a panel about the trends in software, robotics and data. While there’s certainly some concern in the general public about robots taking over, Kelly urged us to focus on using robotics for good, as in the case of self-driving cars whose only knowledge is how to get passengers to their destinations safe and sound.

With wearables and the IoT continuing to expand, we’re seeing progress in a number of fields that can enhance our quality of life: IEEE Spectrum has done research into brain prosthetics to help restore memory, and graphene wristbands that not only monitor blood sugar levels, but also correct them.

At one panel, Intel’s vice president of law and policy Ruby Zefo said she recently was notified that her home’s temperature could be adjusted based on who was currently inside of it. The technology would determine the home’s occupants via location services in their mobile devices. Sure, it’s convenient, and could even save money by turning off the heat and air conditioning when no one was home. But Zefo opted not to give up that personal data, and suggested everyone at least consider what information they provide. “You’ve got to be a wise consumer,” she said. “If you have zero privacy, you should get over it, because you did it to yourself.”

SXSW was full of great conversations, and it’s interesting to see where things are headed in the coming months and years. We’ll be weighing in on these trends and more this year, be sure to follow us on Facebook, Twitter and LinkedIn.