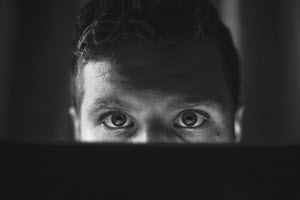 News surfaced late last week that Tashfeen Malik, the female shooter in the San Bernardino attack, pledged support to ISIS on her Facebook page the day before the attacks and had talked openly on social media about her support for violent jihad prior to passing background checks for her K-1 fiancee visa. The Department of Homeland Security (DHS) missed this because it is currently prohibited from screening applicants’ social media messages for immigration eligibility.

The New York Times wrote, “The discovery of the old social media posts has exposed a significant — and perhaps inevitable — shortcoming in how foreigners are screened when they enter the United States, particularly as people everywhere disclose more about themselves online. Tens of millions of people are cleared each year to come to this country to work, visit or live. It is impossible to conduct an exhaustive investigation and scour the social media accounts of each of them, law enforcement officials say.”

This ignited a debate that has been playing out in the media, the House floor, and on the political stage. To summarize, Democrats and Republicans alike said DHS needs to start screening social media before it approves visas. Hillary Clinton, among others, called for tech companies to work with authorities to combat terrorist messages online.

Whether or not the government should screen applicants social media accounts, it absolutely could accomplish this type of screening quite easily with social media monitoring tools that companies and individuals use all the time for marketing and business intelligence, reputation and online identity management. CSID’s Social Media Monitoring tool is designed to alert subscribers of instances where they are sharing personal information via social that may put them at risk of identity theft, as well as information found within their social networks that might damage their reputations. It is not hard to imagine how this same type of keyword monitoring and alert functionality could be used to aid in the screening of visa candidates.