Protecting your business reputation against the inside job 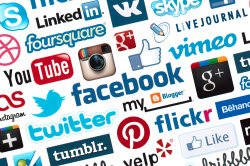 In late January of this year HMV, a British music store franchise, laid off 190 employees. Although unfortunate, this would seem a pretty benign occurrence. Brick and mortar music stores have been disappearing from the landscape for a while now, victims of both the economy and fierce competition from online competitors. No, the layoff was not the story so much as the news surrounding the layoff meetings.

During one such meeting an employee about to be fired used the HMV twitter account to live-tweet the firings. Multiple tweets, that were later deleted, appeared on the HMV timeline detailing how many people they thought were being fired as well as expressing frustration with the entire process. The tweeter also noted that they accessed the account using an unsecured password. All the tweets were available to all over 62,000 @hmvtweets followers and the public.

The rogue employee, later identified as former community manager Poppy Rose, claimed that she used the company account to tweet because she thought she was in the best position to express her frustration with the layoffs. She also added that she had attempted to educate HMV management about the power of social media, and had been rebuffed.

She definitely made her point.

Social media is a powerful tool for building a brand and connecting with customers in real-time. Social media like blogs, Twitter, Facebook, Tumblr, etc., allow companies, both large and small, to build and manage their reputations. And the use of social media is only increasing. According to a white paper by the Harvard Business Review Analytic Services, of 2100 companies surveyed, over 79% were either using social media or planning to launch a social media campaign.

Many reasons exist for businesses to use social media. Intuit found that small businesses use social media for three main reasons: connecting with customers (28%), visibility (27%), and self-promotion (26%). All of these reasons, in addition to some of the lesser reasons provided, are about companies desiring to build and maintain their reputations, or social capital, with potential customers.